First I would like to say that I have always thought that Hodor was the Wheel of Time equivalent of Loial.  But I didn’t have enough material for a blog so I just left it there.  That was until the “Spanish Spoiler” released early information on Hodor.  If you don’t want to see it stop reading now. 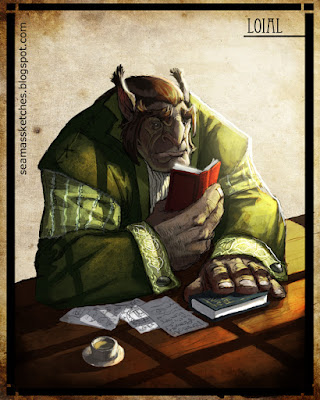 OK what I had that linked Hodor and Loial was the fact that when they both went off on their first big adventure they both took off with characters, Bran and Perrin, that could talk with direwolves/wolves and both of these characters found that they had abilities within a dream like world where they can see past, present and future events.  Both of these characters were big and strong but both were initially thought of as gentle giants.  Though both were considered gentle giants it was said and or thought of them that they could be significant warriors.  In keeping with the 180 degree twist Loial is considered a scholar where Hodor is considered a simpleton.

So what was released about Hodor that ties the two books together?

Bran has a vision about the Children of the Forest "doing something", when he awakes, he confronts Leaf or some other Child of the Forest about it, and they explain that they basically created the Others to "protect something", but the Others have turned against them or something. Bran also has a vision of the Night's King and his lieutenants (from trailer), and Night's King senses this (grabbing Bran's arm) and finds out the location of the cave. The wights attack. Not sure what happens to the Children or the Three Eyed Raven, but a battle occurs, and Bran, Summer, and Meera is barely able to flee. Hodor sacrifices himself to hold the "door", so they can escape it seems. 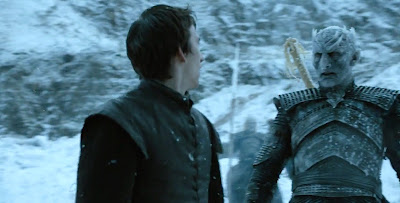 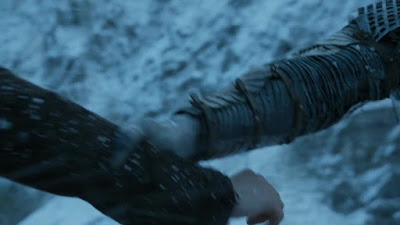 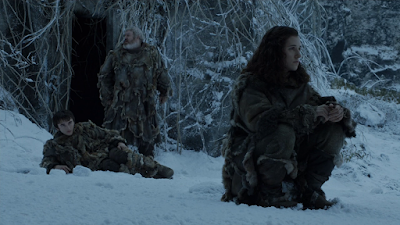 So it seems that Hodor is short for “Hold the Door”.  My original blog on Hodor said that he has a glamour on him but now I believe it could be a compulsion like weave from TWOT.  It now looks as if it was placed upon him by a future Bran trying to get the message through to him but it seems he pushed too hard and the results of Hodor's brain being somewhat scrambled. Also note that it says that the COTF created the Others; I wrote about that very thing on April 17, 2016.  What I’m trying to say is that others think I’m crazy but the fact is that key events from TWOT keep finding themselves played out in ASOIAF.

So how does this relate back to TWOT.  For those who haven’t read TWOT you need to know that Perrin is quite fond of Faile at this point in the story and they eventually wed.  For those who have read the books it is known that Bran has grown very fond of Meera.

“Perrin stared at them, his teeth bared. “What about her?” he demanded. “What was done to her, Moiraine? Is she alive? I cannot see her breathe!”

“She is alive,” Moiraine said slowly. “I cannot, I dare not, go close enough to her to tell much beyond that, but she is alive. She... sleeps, in a way. As a bear sleeps in the winter. Her heart beats so slowly you could count minutes between. Her breathing is the same. She sleeps.” Even from within that hood, he could feel her eyes on him. “I fear she is not there, Perrin. Not in her body any longer.”

“What do you mean she is not in her body? Light! You don't mean they... took her soul. Like the Gray Men!” Moiraine shook her head, and he drew a relieved breath. His chest hurt as if he had not breathed since she last spoke. “Then where is she, Moiraine?”

“A suspicion, a hint, anything! Burn me, where?” Lan shifted at the roughness in his voice, but he knew he would try to break the Warder like iron over a hardy if the man tried to stop him. “Where?” 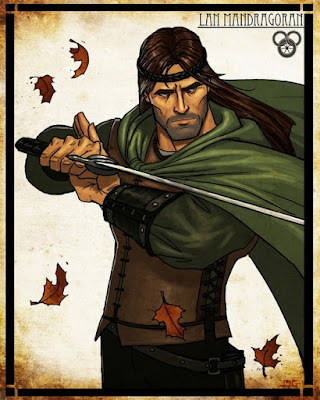 “I know very little, Perrin.” Moiraine's voice was like cold, unfeeling music. “I have remembered the little I know of what connects a carved hedgehog with Spirit. The carving is a ter'angreal last studied by Corianin Nedeal, the last Dreamer the Tower had. The Talent called Dreaming is a thing of Spirit, Perrin. It is not a thing I have ever studied; my Talents lie in other ways. I believe that Zarine has been trapped inside a dream, perhaps even the World of Dreams, Tel'aran'rhiod. All that is her is inside that dream. All. A Dreamer sends only a part of herself. If Zarine does not return soon, her body will die. Perhaps she will live on in the dream. I do not know.” 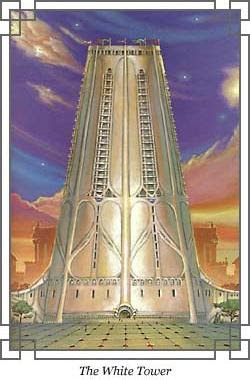 “There is too much you don't know,” Perrin muttered. He peered into the room and wanted to cry. Zarine looked so small, lying there, so helpless. Faile. I swear I will only call you Faile, ever again. “Why don't you do something!”

“The trap has been sprung, Perrin, but it is a trap that will still catch anyone who steps into that room. I would not reach her side before it took me. And I have work I must do tonight.”

“Burn you, Aes Sedai! Burn your work! This World of Dreams? Is it like the wolf dreams? You said these Dreamers sometimes saw wolves.”

“I have told you what I can,” she said sharply. “It is time for you to go. Lan and I must be on our way to the Stone. There can be no waiting, now.”

“No.” He said it quietly, but when Moiraine opened her mouth, he raised his voice. “No! I will not leave her!”

The Aes Sedai took a deep breath. “Very well, Perrin.” Her voice was ice; calm, smooth, cold. “Remain if you wish. Perhaps you will survive this night. Lan!”

“She and the Warder strode down the hall to their rooms. In moments they returned, Lan wearing his colorchanging cloak, and vanished down the stairs without another word to him.

He stared through the open door at Faile. I have to do something. If it is like the wolf dreams…”

“Perrin,” came Loial's deep rumble, “what is this about Faile?” The Ogier came striding down the hall in his shirtsleeves, ink on his fingers and a pen in his hand. “Lan told me I had to go, and then he said something about Faile, in a trap. What did he mean?”

Distractedly, Perrin told him what Moiraine had said. It might work. It might. It has to! He was surprised when Loial growled.

“Perrin peered up at Loial's face, and suddenly remembered the old stories that claimed Ogier were implacable enemies. Loial's ears had laid back along the sides of his head, and his broad face was as hard as an anvil.

“Loial, I am going to try to help Faile. But I will be helpless myself while I do. Will you guard my back?”

“Loial raised those huge hands that held books so carefully, and his thick fingers curled as if to crush stone. “None will pass me while I live, Perrin. Not Myrddraal or the Dark One himself.” He said it like a simple statement of fact.

Perrin nodded, and looked through the door again. It has to work. I don't care if Min warned me against her or not! With a snarl he leaped toward Faile, stretching out his hand. He thought he touched her ankle before he was gone.”

Loial did not die and Perrin did free Faile but this is the event in TWOT that inspired Hodor only saying "Hodor" IMO.  Since they haven't mentioned it and it has been mentioned that the Others were created to "protect something" might it not be something like the Bowl of Winds in TWOT that was used to control the weather.  It could be the thing that they use to bring the cold.

Comments encouraged.  Love to hear the ideas of others.  Most believe that since I present my ideas as “fact like” I’m not open to change my viewpoints, which is far from the truth.  I simply look at the information presented and go from there.  If you can shine a light on another way of thinking that opens the door to debate.
Posted by boogieman at 5:17 PM